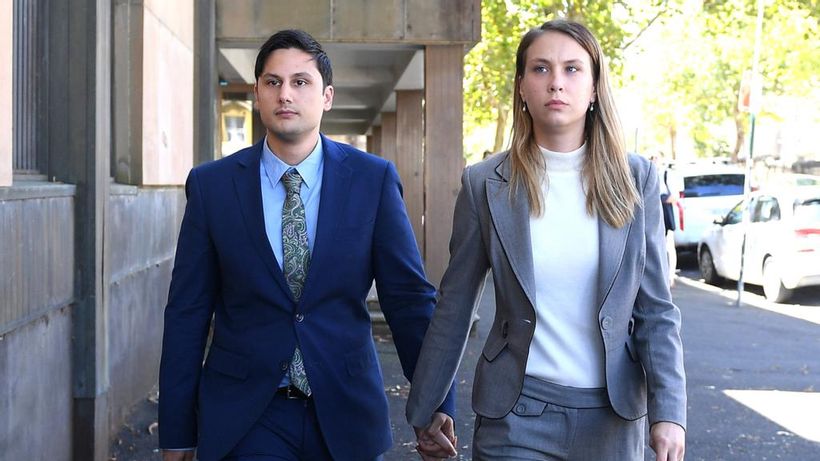 A Sydney actor will spend at least the next two years and five months in jail for killing a home invader with a Samurai sword.
Blake Davis, 31, was found guilty of the 2018 manslaughter of Jett McKee in December last year.
He was sentenced on Tuesday to five years and three months in jail with a non-parole period of two years and nine months.
The sentence accounts for time already served, meaning it commenced on November 16, 2020.
Davis fatally struck McKee in the head with the sword after the ice-fuelled…