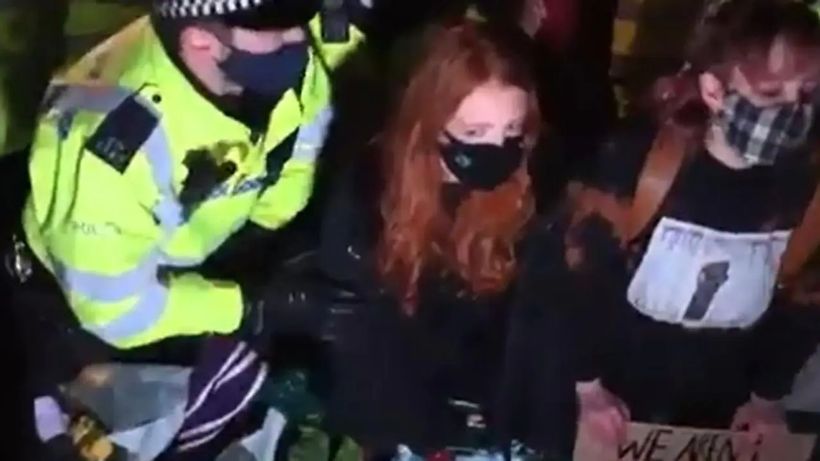 The student who was pinned down by police at the Sarah Everard vigil in London has revealed she was terrified as UK Prime Minister Boris Johnson said he was deeply concerned by the footage.Patsy Stevenson, whose image became a symbol of the heavy-handed crackdown on Saturday’s gathering, said she still didn’t know why police behaved that way.
“To be honest, I still don’t know why I was pushed to the ground so forcefully,” she said in an interview on ITV’s Good Morning Britain.
“I’m quite small and…