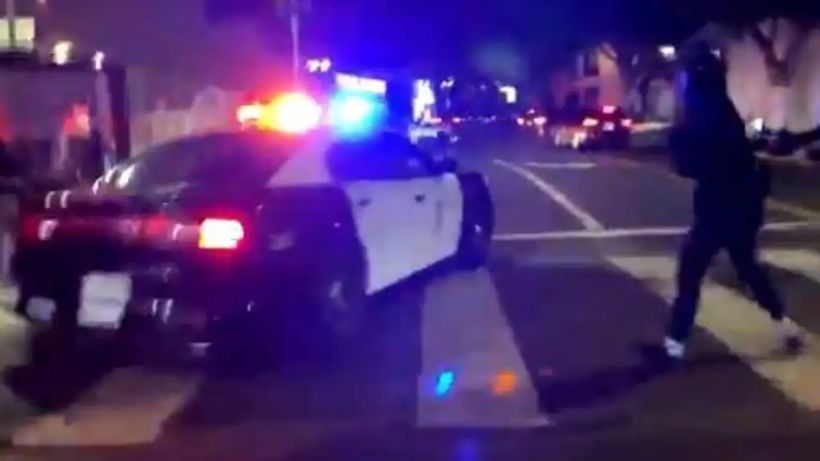 Shocking video footage shows the moment an LAPD patrol car hit two protesters as Black Lives Matter protests turned violent in the US over the weekend.Riot police were involved in tense stand-offs with activists in Los Angeles and Louisville, while in New York a man was hurt by flying glass as a protester smashed a restaurant window.
Protesters also marched in several other cities including Atlanta, Washington, Portland and Seattle to mark the anniversary of Breonna Taylor’s death.
The 26-year-old…