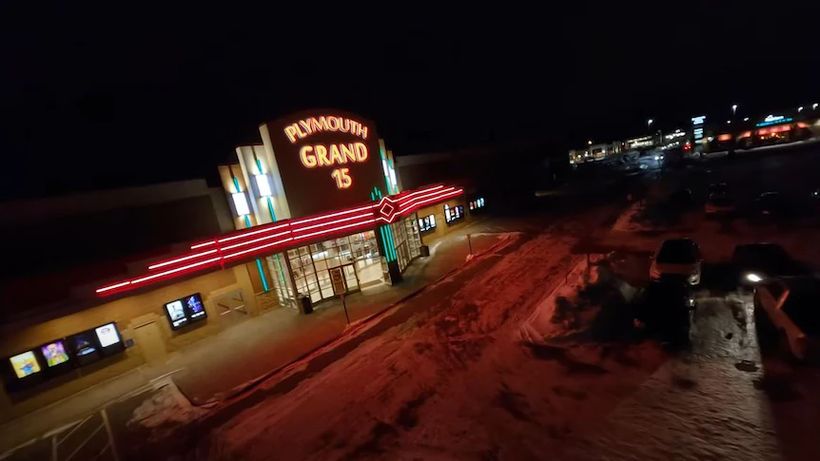 A drone pilot who has captured the attention of Hollywood with a dramatic video that takes the viewer soaring through the inside of a bowling alley has another similar film shot inside a movie theatre.
Key points:

Jay Christensen filmed and produced the 90-second video titled Right Up Our Alley on March 2.
…