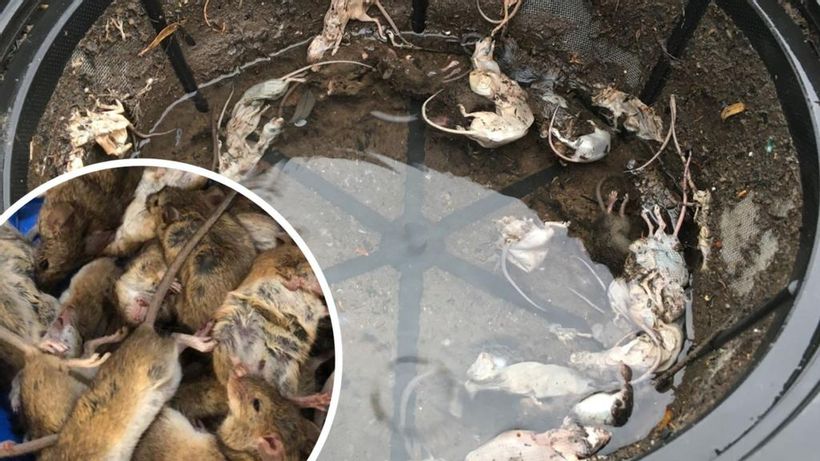 WARNING: GRAPHIC IMAGES
Residents have been sharing disturbing images of the mice plague invading their towns across NSWs Central West.
Earlier this week, 7NEWS reported on a plague of rodents that had descended upon the town of Orange.
Now residents claim that rain – which has beset NSW in recent days and is due back again late next week – is bringing the critters out in force.
One resident caught more than a dozen rats in their mouse traps over the course of a single night.
Another frustrated…