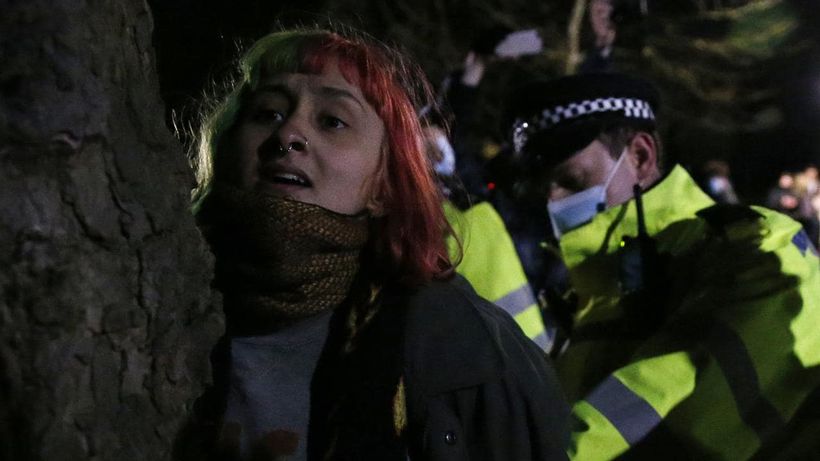 Cops stormed tearful mourners in the UK after thousands flocked to the Sarah Everard vigil on Clapham Common.Scenes turned ugly in South London as police dragged people away from a candle-lit shrine around a bandstand, where crowds had gathered to pay their respects.
Mourners shouted “shame on you” at officers as they ripped women off the metal railings of the bandstand, with reports floral tributes were trampled on.
While shocking pictures showed mourners pinned to the floor as they were arrested…