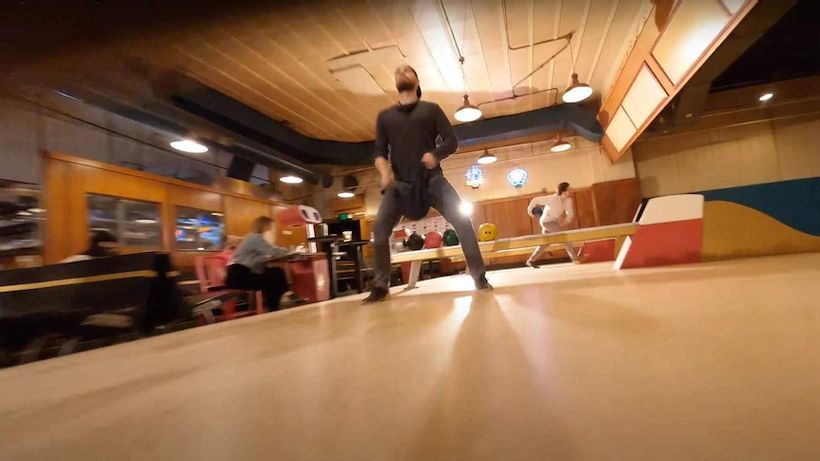 A single-take video shot with a drone flying through a Minnesota bowling alley has been hailed as “stupendous” by a string of celebrities and big-name film-makers.