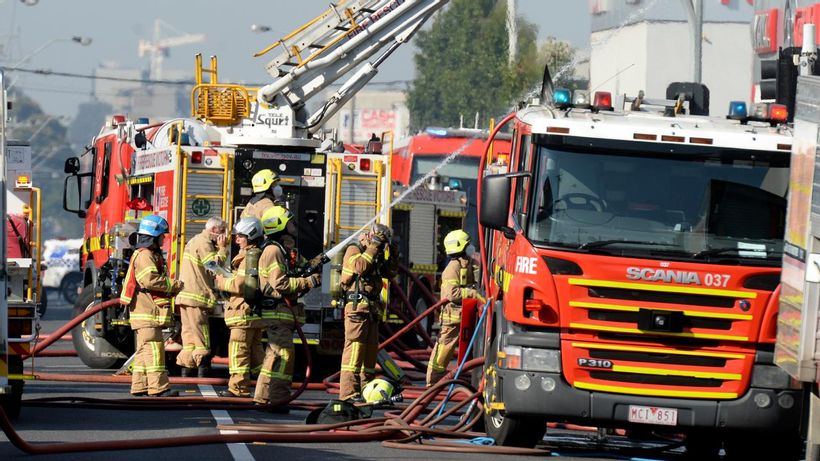 More than 70 firefighters have contained a ferocious fire at a furniture factory in Melbournes north, after residents living nearby were told to avoid the smoke and close their doors and windows.The fire broke out in the roof of Makedonia Furniture at High Street in Preston on Friday about 9am after triple-0 callers reported plumes of black smoke and flames.
Firefighters then arrived within six minutes to find the rear of the building engulfed in flames.
They managed to stop the blaze from spreading…