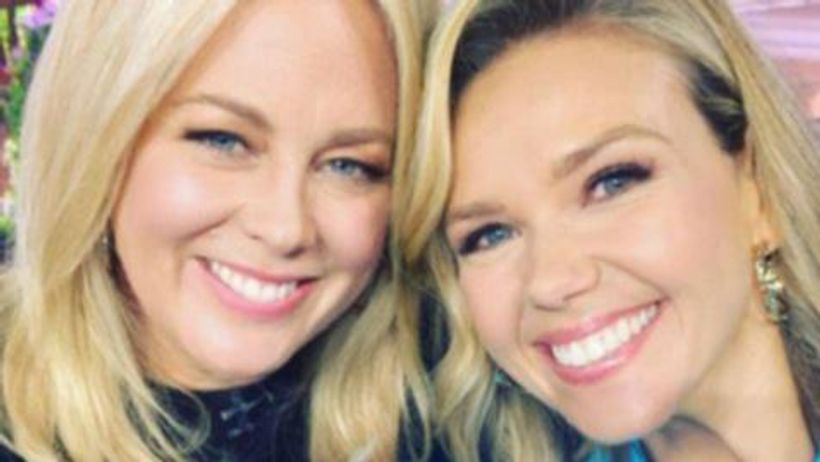 Edwina Bartholemew has described Samantha Armytage as like a big sister in a heartfelt tribute to her on her final day on the Sunrise couch.
The presenter has also given a glimpse into the idyllic home life of her colleague who married businessman Richard Lavender on New Years Eve.
Bartholemew told how she had taken her daughter Molly to see the couple and their dog Banjo at their NSW country retreat a few weeks before Armytage announced her departure from the show.
We ate BBQ chook while Molly…