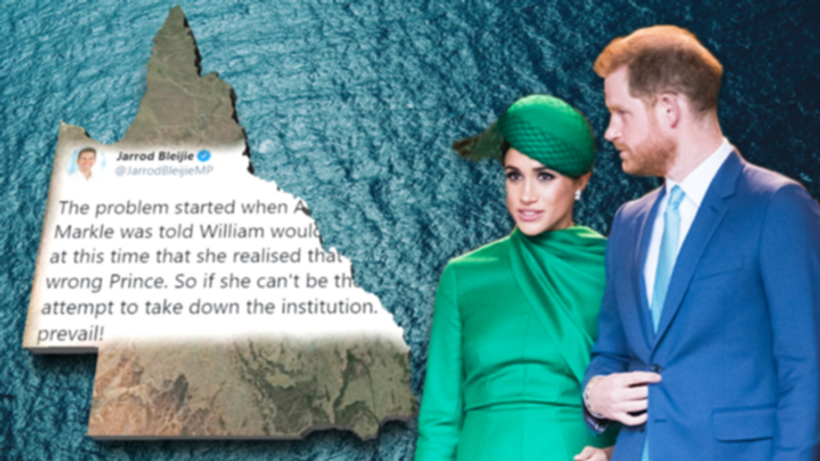 A Queensland opposition MP has been criticised for claiming the Duchess of Sussex is trying to damage the British monarchy because she married the wrong prince.
The Queen says the royal family is saddened by the challenging experiences of her grandson Prince Harry and his wife Meghan and promised to privately address claims about a racist remark about their son.
In an interview with Oprah Winfrey aired on US television on Sunday (and in Australia on Monday), Meghan accused the royal family of raising…