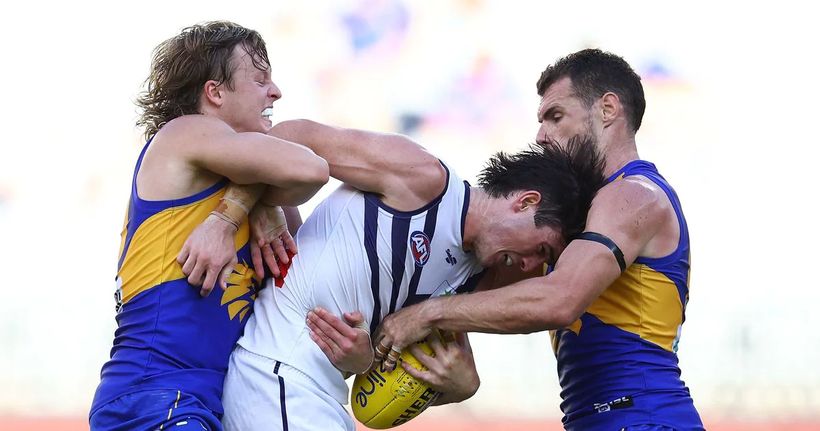 FREMANTLE faces a scramble to settle its forward line ahead of round one after key pair Michael Walters and Rory Lobb suffered injuries in Sunday’s AAMI Community Series loss to West Coast at Optus Stadium.
The Eagles were also left with injury concerns after an impressive performance, with ex-GWS recruit Zac Langdon taken from the ground in a medical cart after a heavy head knock. Captain Luke Shuey also ended the match early but his ankle complaint did not appear to be serious.
EAGLES v DOCKERS…