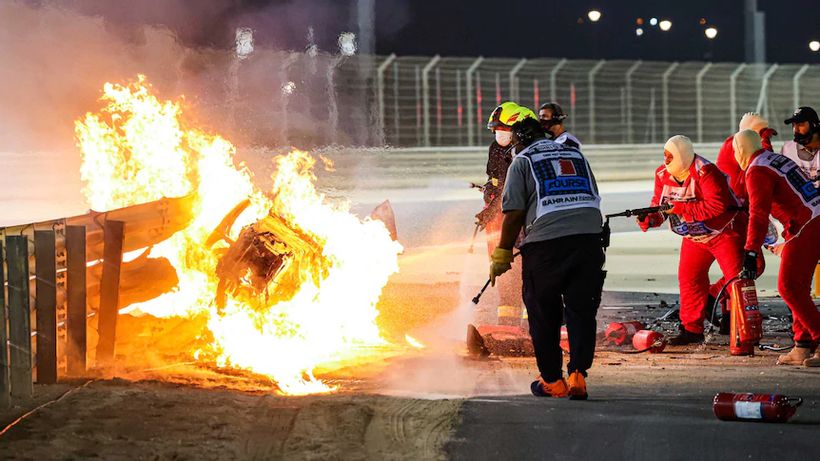 Romain Grosjean was doing 192 kilometres per hour when he hit a metal crash barrier and his car exploded into a fireball around him at the Bahrain Grand Prix last year.