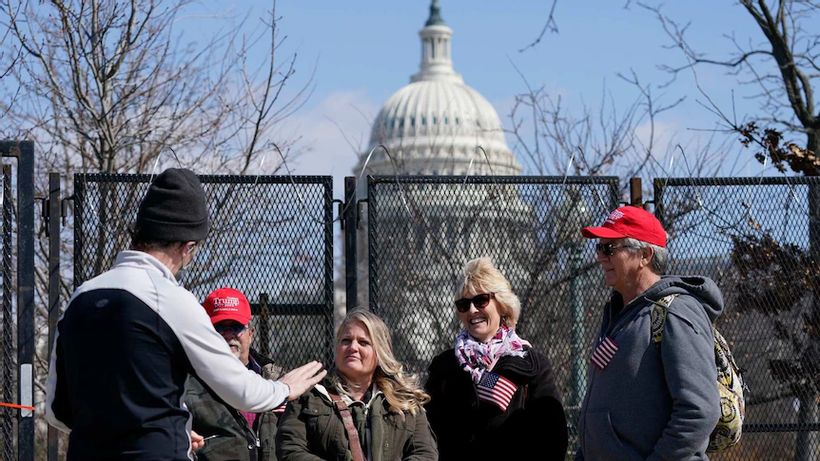 Outnumbered by security forces deployed to deter any possible attack, a small group of Qanon conspiracy theory followers have gathered near the US Capitol on the day the movement predicts former president Donald Trump will return to office for a second term.
Key points: