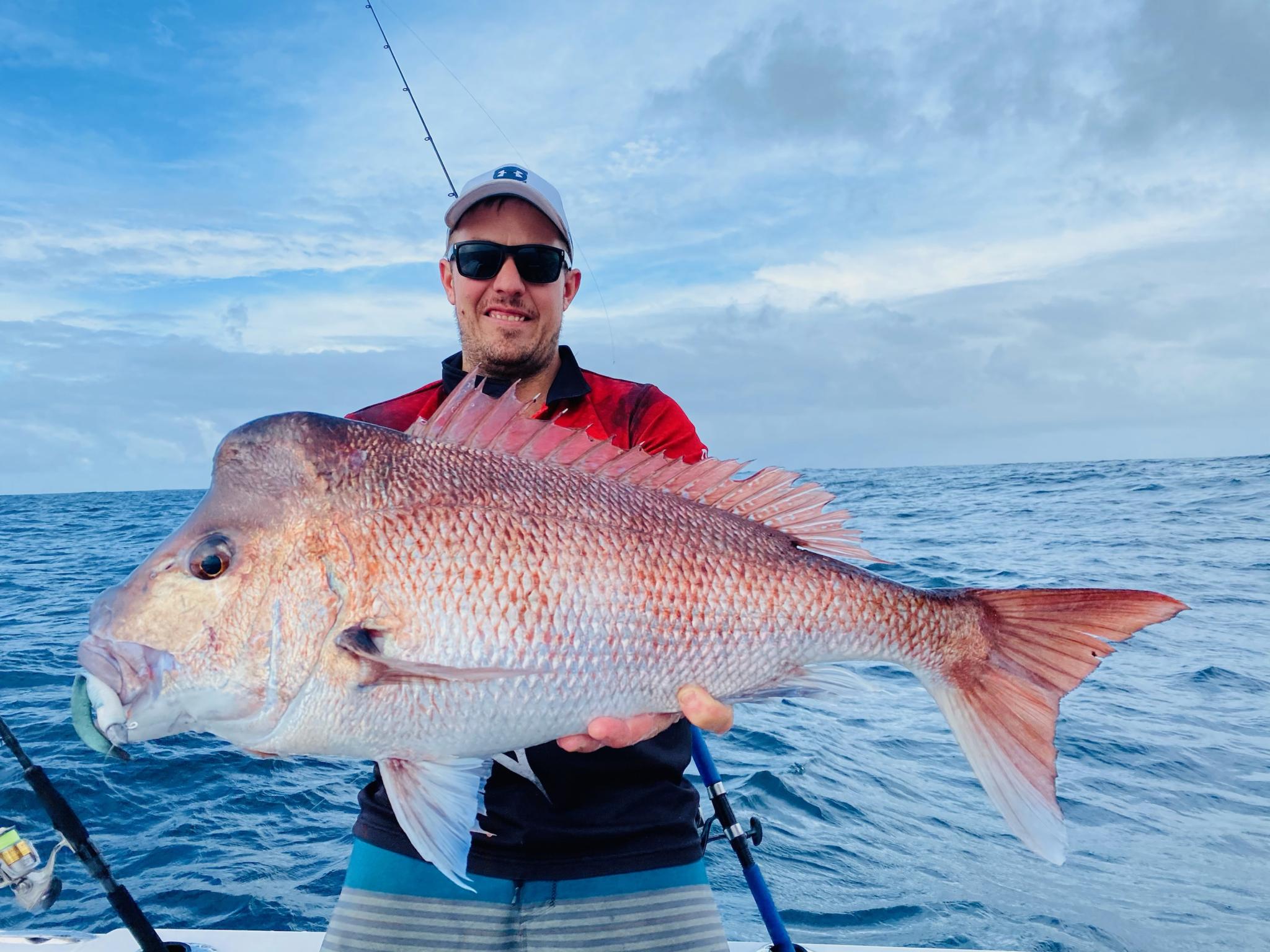 If you’re planning a fishing trip there are so many options to take your pick from. This is one of our favourite times of the year to be out on the water, whether its chasing that PB or taking some time out to relax.

As mentioned, everything will be on the cards from Trag, Snapper, Jewies and Kings on the reefs, to Flathead over the sand for those looking to bag a few table fish.

We decided to chase some fish for the table recently with Snapper being number one on the target list and we weren’t disappointed fishing plastics over the shallow reefs off the bay. The bite was something we’d expect during the middle of Winter, we managed some cracking Snapper around the reefs, a bag of Flathead from the sand, and a dozen Squid fishing the quiet bays on the way home.

The hot water has hit the mid North Coast with a bang resulting in plenty of warm water moving around. We have started to see the current push in close and with it we are seeing a more consistent inshore black Marlin bite from the port of gold and even a few nice Dollies in the mix. It would pay to target the Fads though if you’re looking to target a few Dollies.

On the shelf we are starting to see a few Stripes and Blues turn up as well.

A little further north, the Mackerel, Cobia and Longtail Tuna are steaming south, turning up at all the usual hang outs. I wouldn’t be surprised if we don’t see more than one Spanish hit as far south as Port Stephens with this warm water pushing south this year.

Beach Jewies continue to fire and should get better as we see the Mullet start to run. We managed to tag and release a couple of Jewies recently from the beach. It will be interesting to see where these fish turn back up again as we are thinking that the fish we see on the beaches are either migrating along the coast or hitting the beaches to feed from a nearby reef or estuary. These being the first we have been able to successfully release from the beach using an oversized live well esky to revive the fish before they hit the wash. We are hoping to gain some useful data not only for us but also for the DPI.

Short and sweet for this area this time around as you could imagine the fishing is also catering for all forms around the Lake the standout would have to be the Squid fishing with a couple of small jigs on a paternoster rig definitely the most productive way to secure a bag of Squid. School Jew are reacting well to soft plastics as they hang out under the bait.

The much-loved rain and mild Summer temps have definitely kept the fishing interesting and enjoyable around the freshwater systems so far this year. All fishing destinations whether it’s the eastern side of the range or western are fishing well due to the constant water temps and water flow in the rivers and lower water temps in the Dams. Whether its throwing a few lures around for Bass, Cod or Yellowbelly in the creeks and rivers or trolling a few deep divers in the western dams for Cod, you’re definitely in for a chance this month.

Image: Find the bait find the fish… we enjoyed a pretty epic bite dropping a few plastics through the masses of bait holding on the edges of the inshore reefs recently.