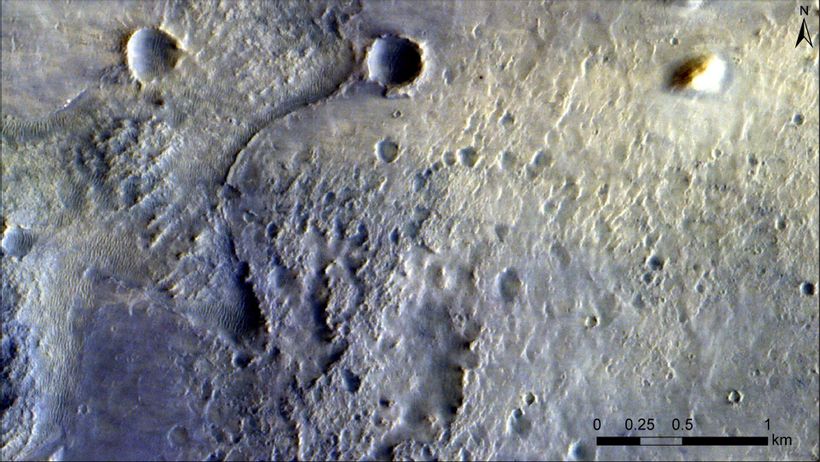 The orbiting craft spotted Perseverance on the surface (ESA)
An orbiting European Space Agency (ESA) spacecraft has spotted Nasas Perseverance Rover on the surface of Mars along with its parachute, heat shield and descent stage.
The rover was pictured in the Jezero Crater, a 28-mile-wide depression containing sediments of an ancient river delta.
It was spotted by the ESA-Roscosmos Trace Gas Orbiter, which captured the Rover and the components using its CaSSIS camera on 23 February.
The rover landed…