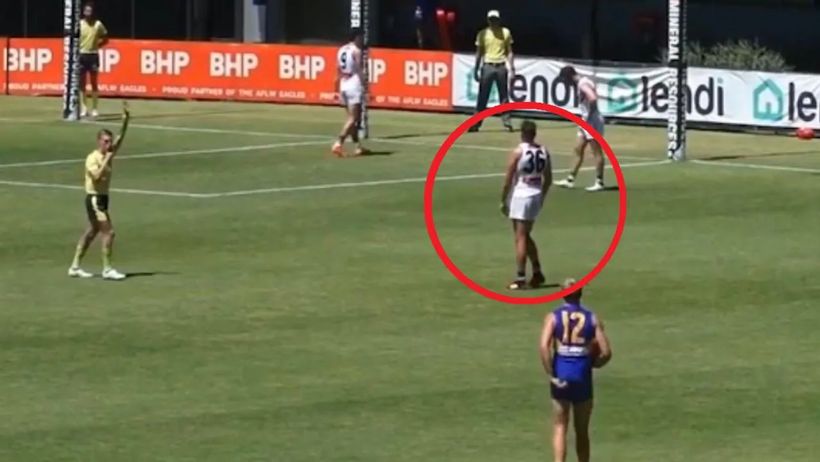 Two weeks away from the 2021 AFL season-opener, the man on the mark rule is a complete mess.The weekend’s scratch matches were overshadowed by a series of perplexing incidents that resulted in 50m penalties on the back of players moving on the mark.
The contentious rule is now clear as mud after the AFL signalled a softening of the black-and-white interpretation that caused such uproar over the weekend.
There was a backlash from footy commentators when footage emerged last week of Essendon’s match…