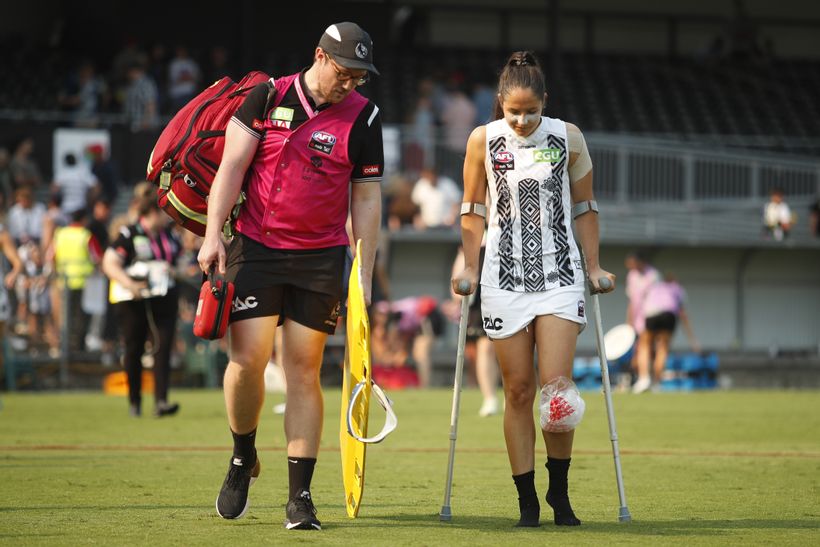 COLLINGWOOD and the Western Bulldogs have both been dealt massive blows Jordan Membrey and Deanna Berry rupturing their ACLs.
Membrey, the Pies’ 2020 leading goalkicker, twisted her left knee during the third term of the Magpies’ 35-point win over Melbourne while attempting to lay a tackle.
The 25-year-old has kicked 10 goals in 13 matches for Collingwood, having previously played for Brisbane in 2017, and was already sidelined for a few weeks earlier this year with an ankle injury.
Cruel Collingwood…