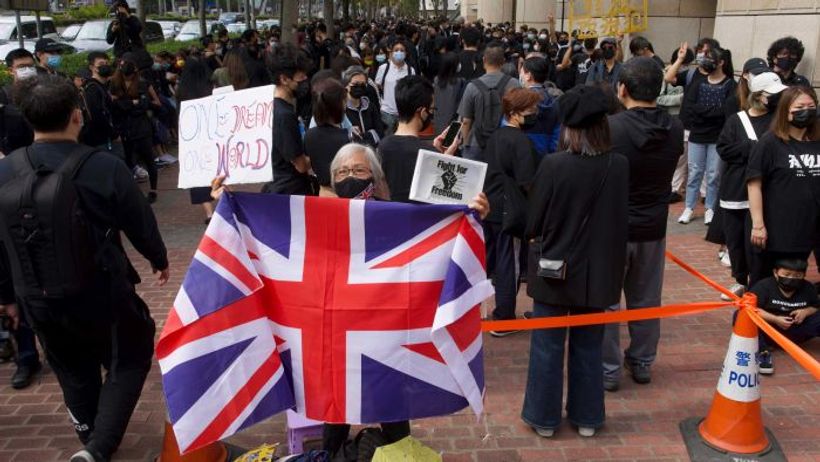 A hearing for 47 democracy activists charged with conspiracy to commit subversion has begun amid tight security in Hong Kong.
Key points:

More than 100 police officers were deployed outside the West Kowloon Magistrates Court, facing off against about 1,000…