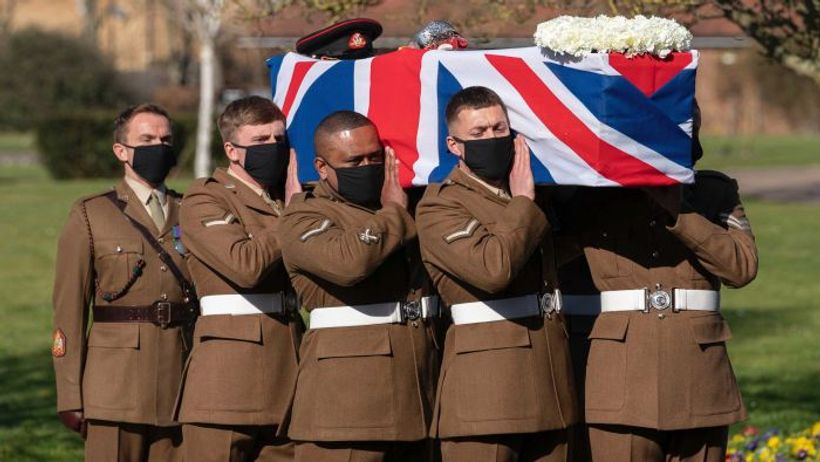 Britain has bid farewell to Captain Sir Tom Moore with a nationally televised funeral for the 100-year-old war veteran who became a global hero for his extraordinary fundraising efforts during the pandemic.
Key points:

Soldiers formed a guard of honour at the small ceremony held by Captain Sir Tom’s family at a crematorium in Bedford in central England.
Six…