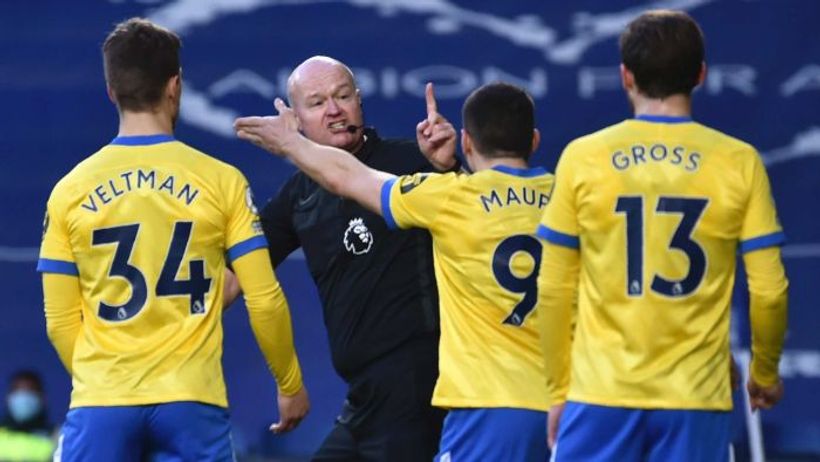 An English Premier League referee’s performance has been labelled “embarrassing” after he allowed a free kick that led to a goal, then disallowed the goal, then allowed it again before the Video Assistant Referee (VAR) stepped in.