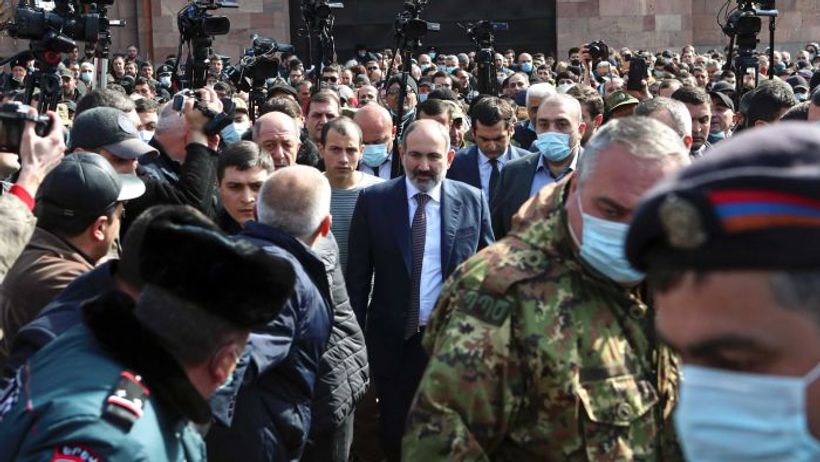 Armenian Prime Minister Nikol Pashinyan has warned of an attempted military coup against him after the army demanded he and his government resign.
Key points: