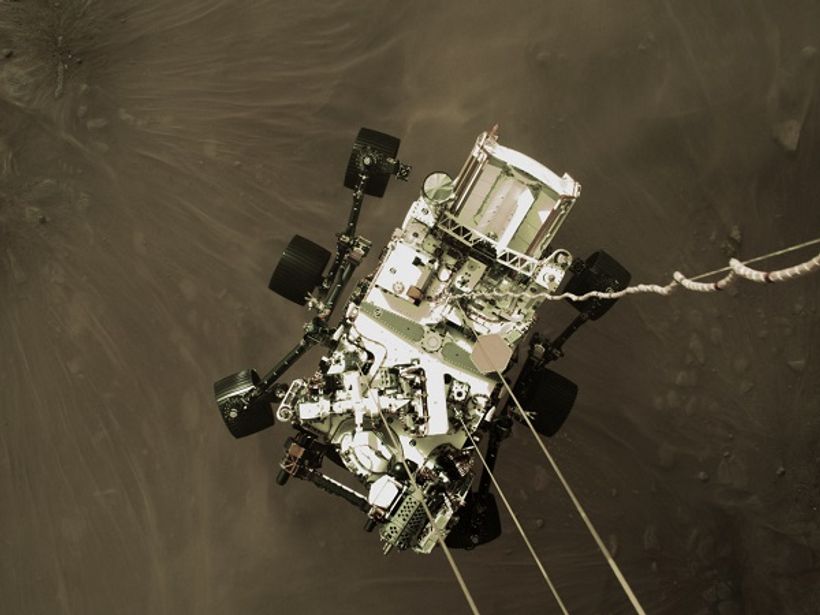 Reading Time: < 1minute
“You are watching HD-Images from a landing Mars Rover on your cellphone. Unbelievable.”
This was a YouTube user’s comment in response to the gripping footage of NASA’s Perseverance rover (nicknamed Percy) landing on Mars that was released last night.
The American space agency stated that the footage in the video was captured by several cameras that are part of the rover’s entry, descent, and landing suite.
The sound and voices in the video come from the folks at mission…