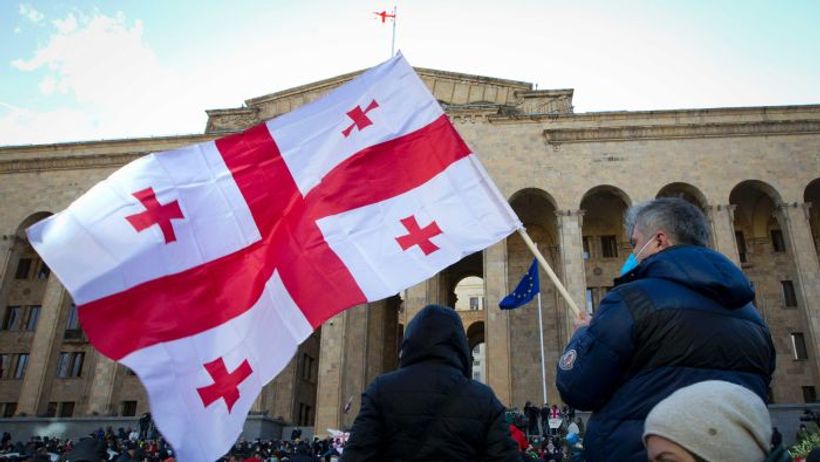 Protesters in the European nation of Georgia have blocked the entrance to the capital’s parliamentary building, following the arrest of the country’s main opposition leader.
Key points: