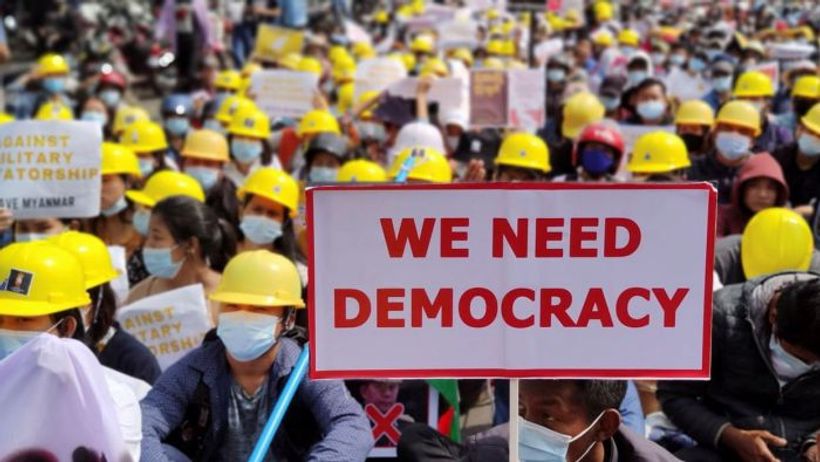 Facebook has deleted the main page of the Myanmar military, citing its standards prohibiting the incitement of violence, a day after two protesters were killed when police opened fire at a demonstration against the February 1 coup.
Key points: