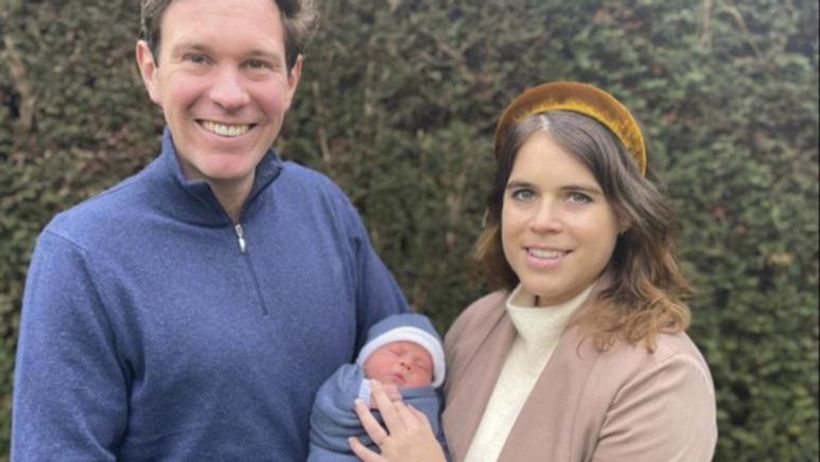 Princess Eugenie and husband Jack Brooksbank have named their baby son August Philip Hawke Brooksbank.
The couple are pictured smiling with their first child, in an image released by Buckingham Palace.
The newest addition to the royal family, who was born at the exclusive Portland Hospital in central London on February 9, is the Queen and the Duke of Edinburgh’s ninth great-grandchild.
The choice of Philip pays tribute to the duke, who remains at King Edward VII’s hospital, having been admitted…