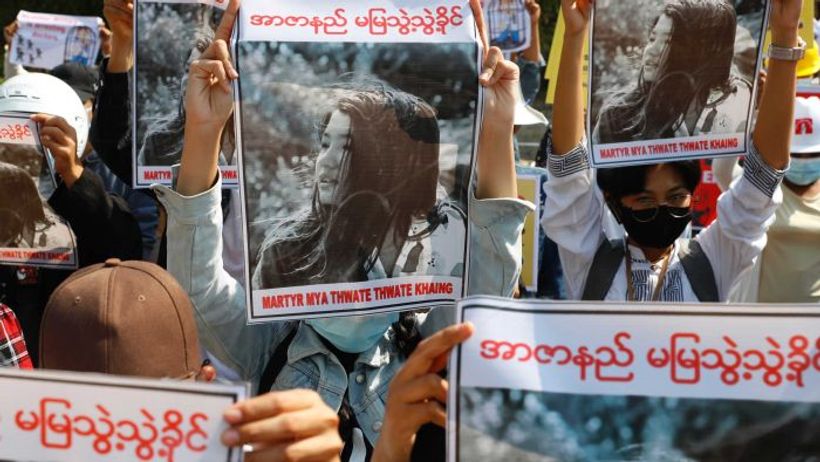 A young protester in Myanmar who was shot in the head last week as police dispersed a crowd has died.
Key points:

Mya Thwate Thwate Khaing, who had just turned 20, had been on life support since being taken to hospital on February 9, after…