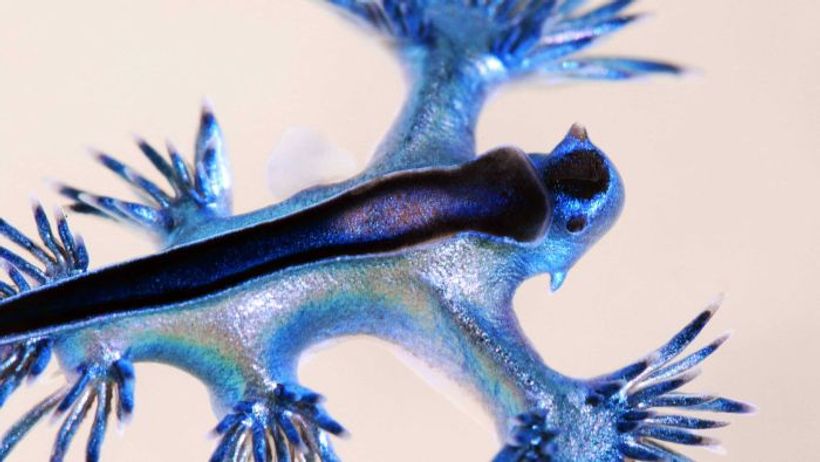 A bunch of bizarre-looking blue-coloured sea creatures are washing up on Australia’s east coast.
They’re normally found floating around in the middle of the ocean, but are dubbed the blue “fleet” because they catch a ride to shore with the wind.
Lately they’ve been hitching a ride on strong north-easterly winds, said final year marine biology student Lawrence Scheele, who has been tracking and photographing the blue fleet all summer.
Normally based in north Queensland, Mr Scheele was down in Sydney…