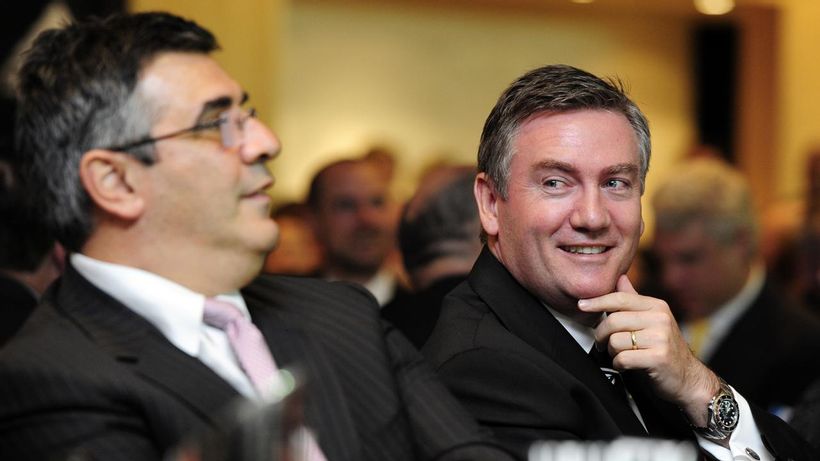 Andrew Demetriou had his fair share of disagreements and patch-ups with Eddie McGuire during the formers stint as AFL chief executive. But there was one issue, albeit minor in the grand AFL scheme, the two never fully agreed upon.
Speaking less than a day after McGuires decision to step down from the role he loved so much, Demetriou said the now-former Collingwood president was a force to be reckoned with during negotiations.
Especially when it came to clash jumpers.
Watch every match of the 2021…