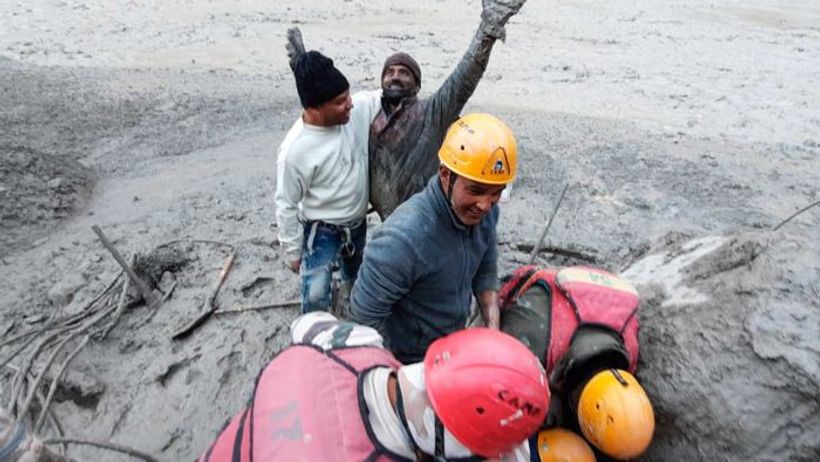 A dozen workers have been rescued from a Himalayan power plant that was buried in mud and debris after an upstream glacier burst.
Key points:

Thousands of soldiers, paramilitary personnel and police have been working day and night to reach about 37 people trapped in a power…