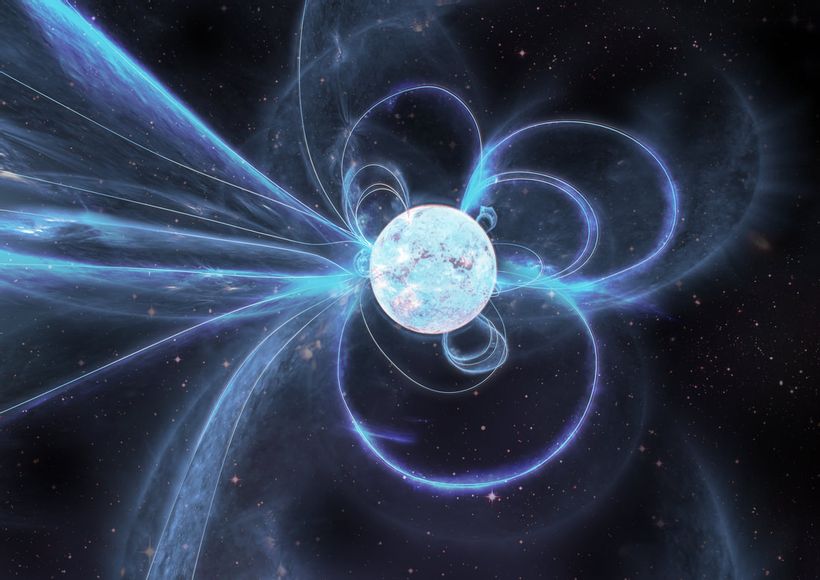 The mysterious magnetic star has been described as a ‘missing link’. (OZGRAV)
Astronomers have detected baffling, previously unseen behaviour from a rare magnetar star – one of the most powerful magnets in the universe.
Magnetars are formed when stars collapse, and some scientists believe they could be a source for fast radio bursts mysterious radio signals received on Earth.
The new study could help scientists understand how and why magnetars form and if they are the source of strange radio bursts…