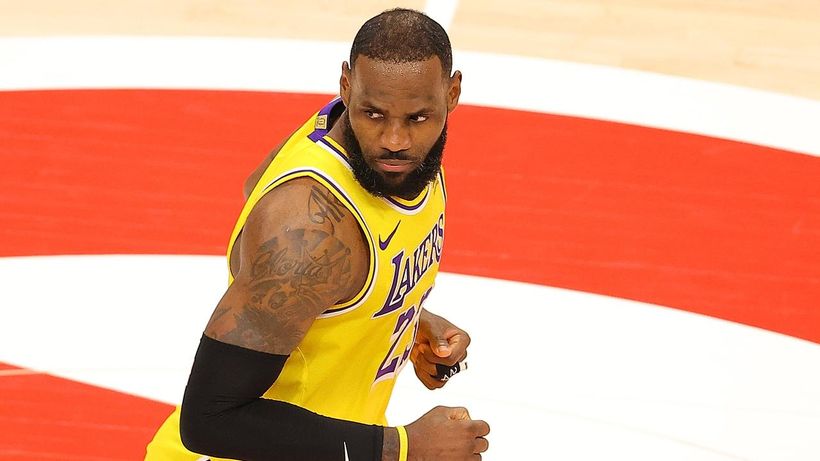 LA Lakers superstar LeBron James shared a heated exchange with a front-row couple who were then ejected from the game, as the Lakers held on for a clutch 107-99 win over the Atlanta Hawks.
Anthony Davis scored 25 points and James contributed 21 points, nine assists and seven rebounds in a game that closed to within one point deep in the fourth quarter.
But the game was highlighted by an odd incident where wealthy Atlanta businessman Chris Carlos, and wife Juanita, were removed from the game after…