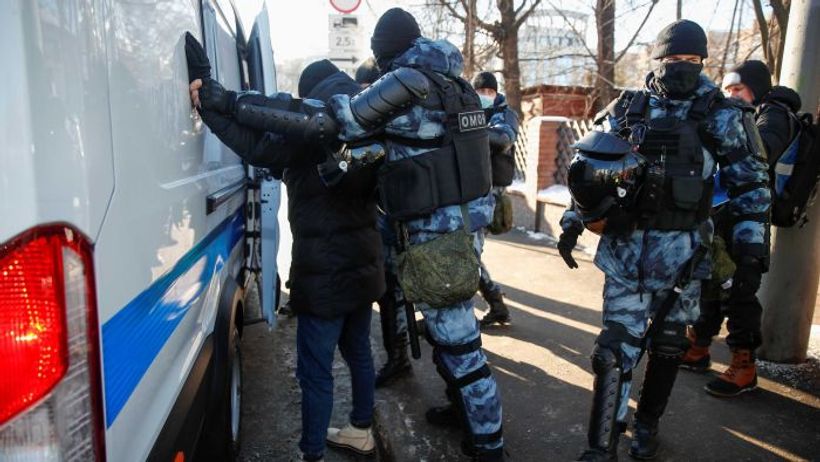 Russian police have detained people as they gathered near a court in Moscow that is hearing a case against Kremlin critic Alexei Navalny.
Key points: