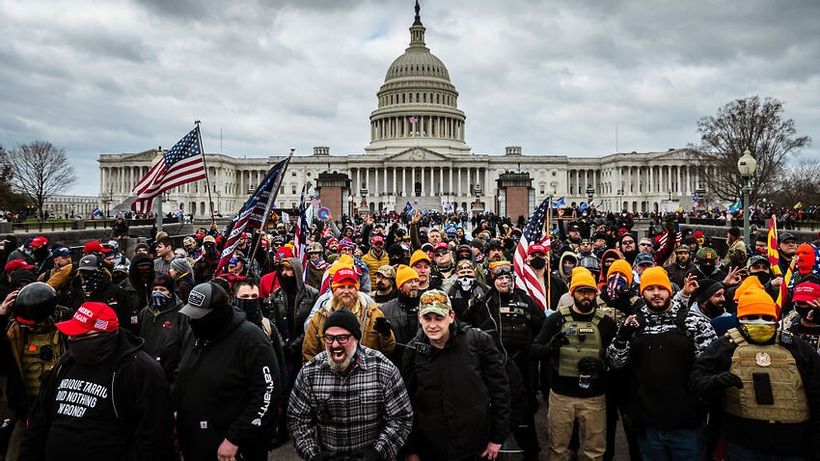 An heiress to supermarket chain Publix reportedly donated about $US300,000 ($A390,000) to fund a rally that preceded the deadly storming of the US Capitol by supporters of former US president Donald Trump.
The Wall Street Journal said on Saturday the funding from Julie Jenkins Fancelli, a prominent donor to Mr Trump’s 2020 campaign, was facilitated by far-right show host Alex Jones.
It said her money paid for the lion’s share of the roughly $US500,000 rally at the Ellipse park where Mr Trump spoke…