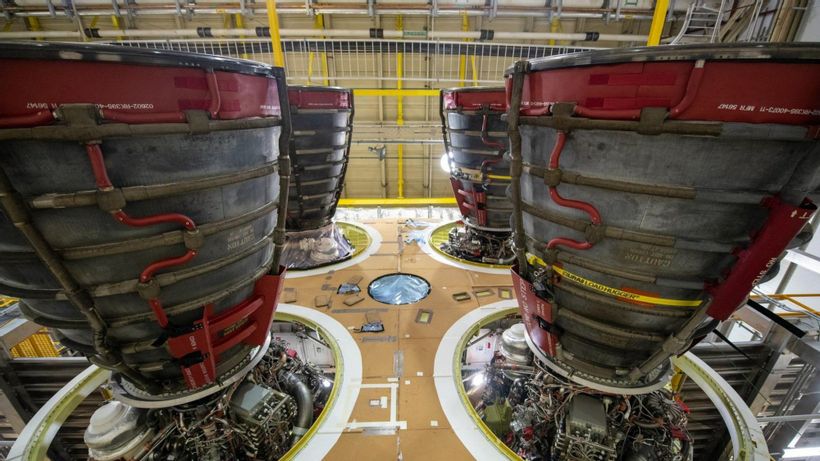 The four main engines of Nasa’s new “megarocket” are to be fired in unison for the first time, demonstrating the launcher’s raw, explosive power.
The Space Launch System (SLS) is part of the US space agency’s Artemis programme, which aims to put Americans back on the lunar surface by 2024.
The engine “hotfire” is the last in a series of tests known as the Green Run.
It will help Nasa certify the rocket for its maiden flight, scheduled to take place later this year.
This uncrewed mission, called…