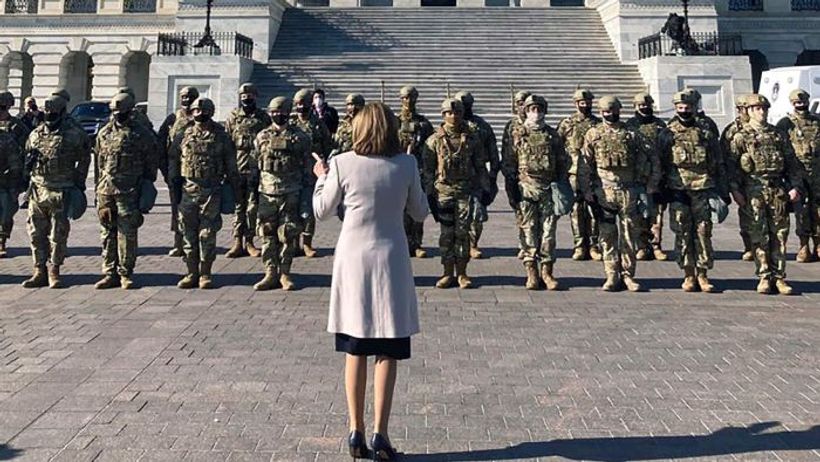 Considered a shining light and guardian of democracy, the “People’s House” sits proudly on the hill, watching over America’s capital city.
However, right now it looks anything but.
Throngs of armed, camouflage-clad National Guard soldiers patrol its new steel-fenced perimeter.
They roam every square inch of its corridors, sleeping on the spotless marble floors laid by the founders and curled up at the foot of statues built over generations.
A total of 20,000 troops, more than stationed in Iraq and…