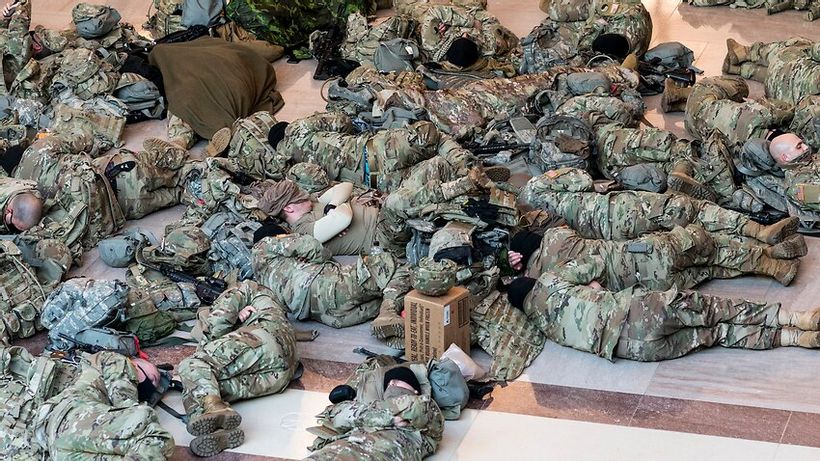 Photographs of hundreds of National Guard troops stationed at the US Capitol are going viral, one week after pro-Trump rioters stormed the building.
The images show a heavy security presence inside and outside the building, as the House of Representatives moves ahead with a vote to impeach President Donald Trump.
As many as 15,000 National Guard troops, included some armed members, were ordered to Washington DC to secure the city before president-elect Joe Biden’s inauguration, with new fencing…