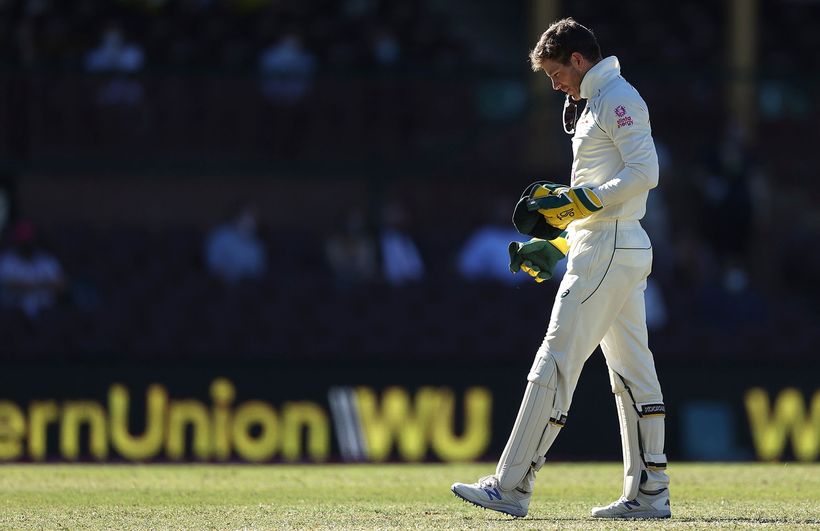 Tim Paine has apologised for his conduct at the SCG, admitting he let pressure get to him during the third Test and it affected his mood, captaincy and performance.
Paine’s antics on the final day of the epic draw made headlines around the world, and came on the same day that Paine was fined 15 per cent of his match fee after being found guilty of dissent for appealing to standing umpire Paul Wilson for some “f***ing consistency”.
Stump microphones picked up barbs that Australia’s skipper directed…