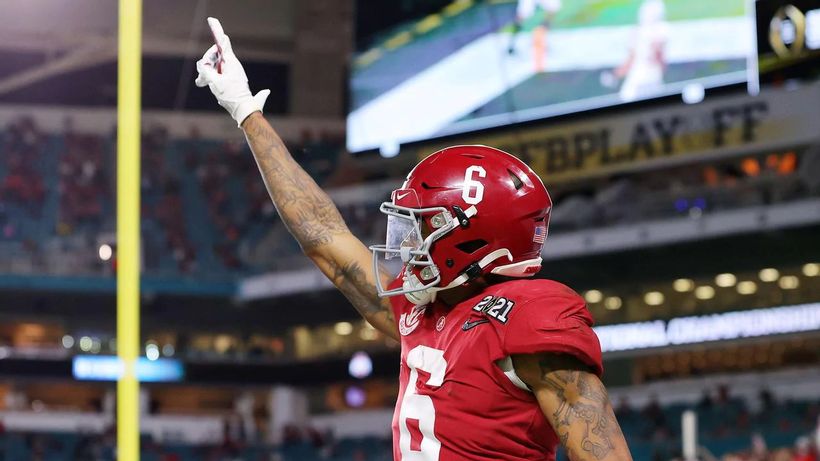 The Crimson Tide star wide receivers 12 receptions set a national championship game record.
Smith, a senior, outgained the entire Buckeyes offence by 25 yards, as Alabama led 35-17.
Where do we pick in the draft? Asking for a friend, Giants rookie and former Alabama cornerback Xavier McKinney tweeted during the game.
Week 12
The Giants pick 11th in the 2021 NFL Draft and could use a game-breaking wide receiver such as the 22-year-old Louisiana native, whose stock only continues to rise.
Trade up…