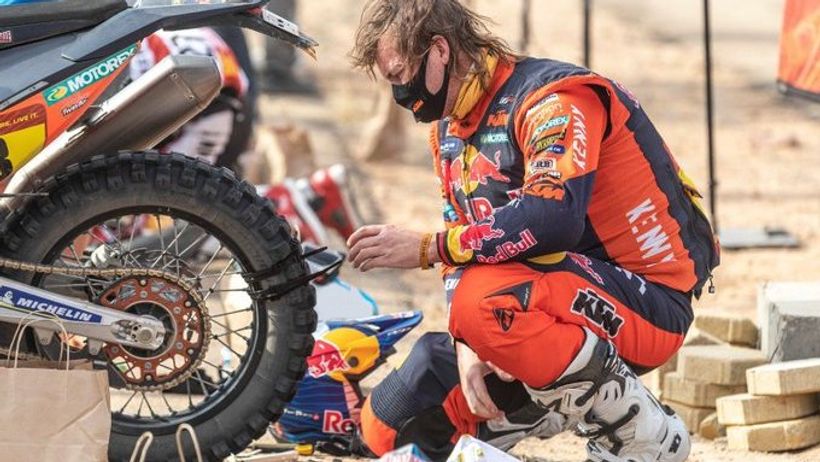 Australian Toby Price has stayed in the hunt for a third title despite needing to put his ‘bush mechanic’ skills to use to see him through a testing eighth stage of the Dakar Rally in Saudi Arabia.
The two-time motorcycle champion used tape and plastic cable ties, also known as zip ties, on his badly damaged rear tyre to see him through the 375-kilometre route from Sakaka to Neom on Monday.
He had ridden about 300 kilometres the previous stage with the large cut in his tyre.
Where riders had previously…