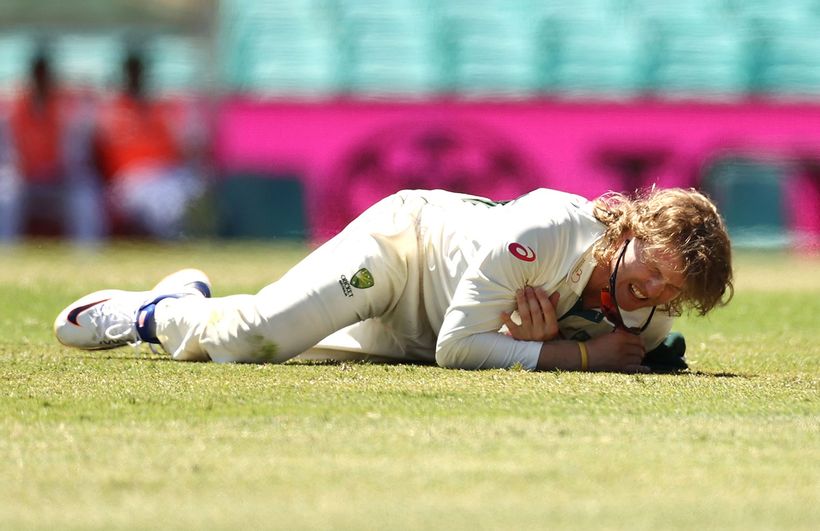 Pucovski joins injury list with shoulder complaint
UPDATE: Will Pucovski’s sparkling Test debut against India has been soured after he was sent to scans to look at an injured right shoulder.
Pucovski was hurt after diving for a ball at mid-wicket during the second session of the final day of the third Vodafone Test at the SCG.
Pucovski clutches his shoulder in pain // Getty
He stayed down for a few seconds as teammates came to his aid and he clutched at his shoulder, before leaving the field at…