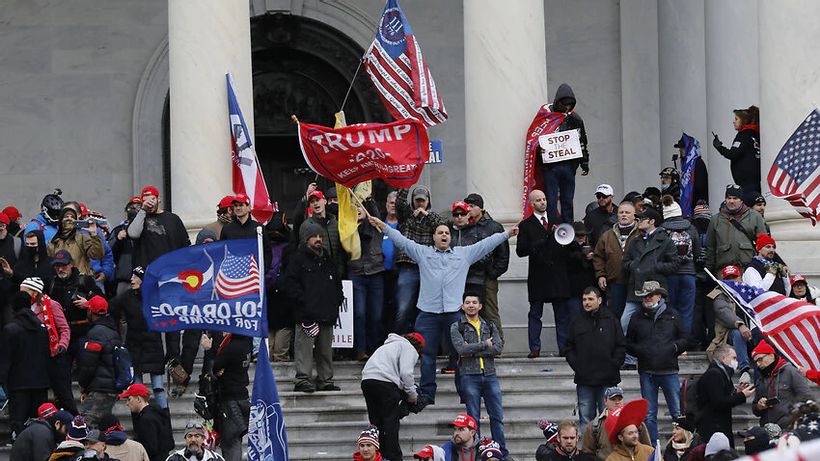 Scott Morrison has been criticised for failing to strongly speak out against US President Donald Trump in the aftermath of violent protests inside the US Congress building.
The US President has been widely condemned for inflaming the unrest through false claims of a stolen election.
Mr Morrison said the scenes were “very distressing”, but failed to specifically criticise Mr Trump’s inflammatory rhetoric.
“What we’ve seen in the United States is terribly distressing – terribly concerning,” he…