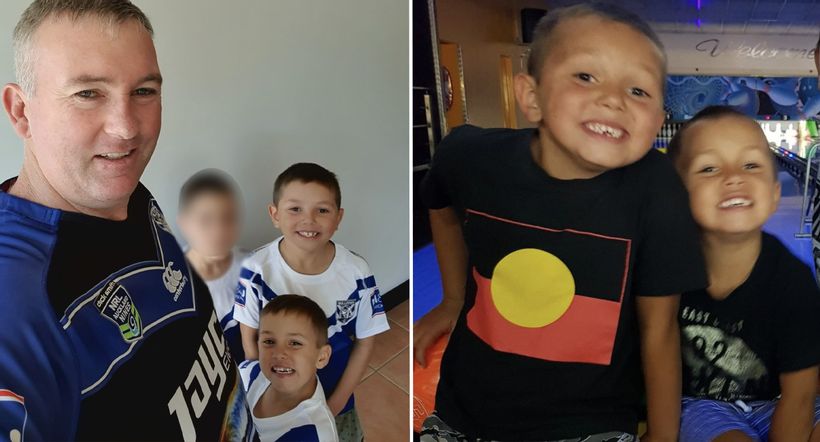 The heartbroken dad of two boys who were killed when an out-of-control car slammed into a group of five people on a central western NSW street has reportedly revealed the last words he said to them.
Joseph Shoreys sons Shane, 7, and Sheldon, 6, died on Tuesday afternoon after they were struck by the car at high speed while coming home from the local swimming pool on Warne Street in Wellington.
The pair had been walking with their older brother Mark, 9, their mum, 34, and a 10-year-old family friend.
…