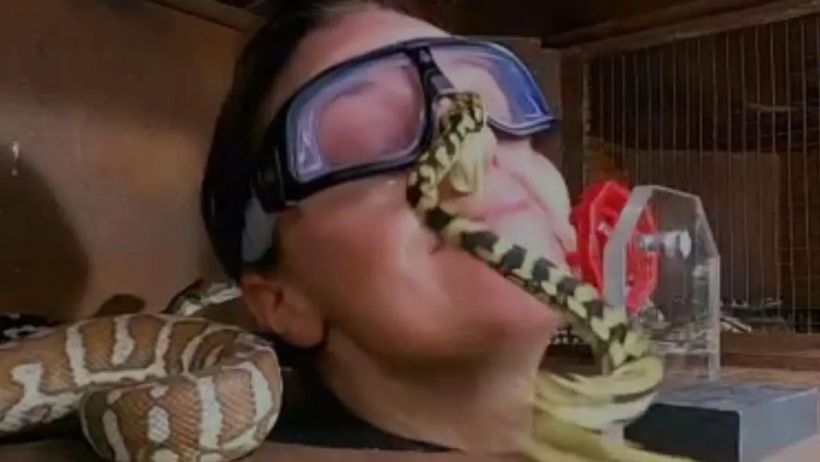 Shocking footage has emerged of Toni Pearen being bitten on the face by multiple snakes on Im A Celebrity Get Me Out Of Here.The former Australia’s Funniest Home Video Show host was taking part in a challenge alongside comedian Ash Williams and former AFL star Robert ‘Dipper’ DiPierdomenico on the reality show.
In the Jungle Trivia challenge (which will air on tonight’s episode), the celebs who got an answer wrong had to put their heads into a box filled with different critters.
Footage from tonight’s…