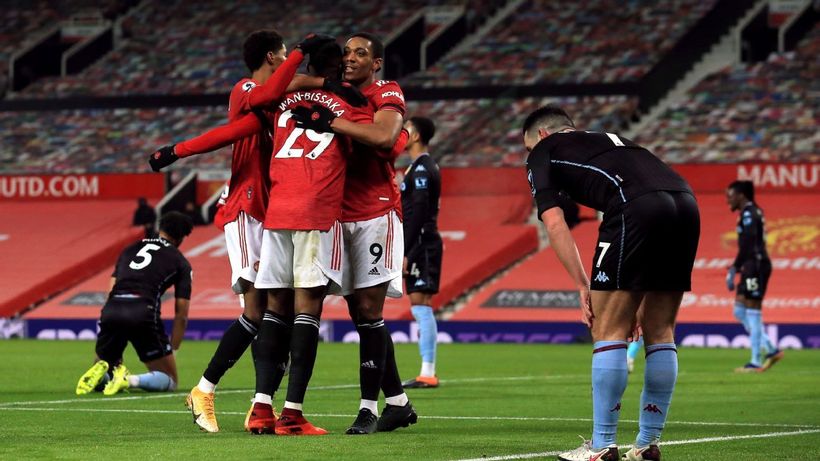 Manchester United beat Aston Villa 2-1 on New Year’s Day at Old Trafford to go level on points with Liverpool at the top of the Premier League table.
Goals from Anthony Martial and a Bruno Fernandes penalty either side of a strike by Aston Villa’s Bertrand Traore were enough to bring Man United up to 33 points from 16 matches. Liverpool, who play Southampton on Monday, are still in first due to a superior goal difference.
– Stream ESPN FC Daily on ESPN+ (U.S. only)
Both keepers were called into…