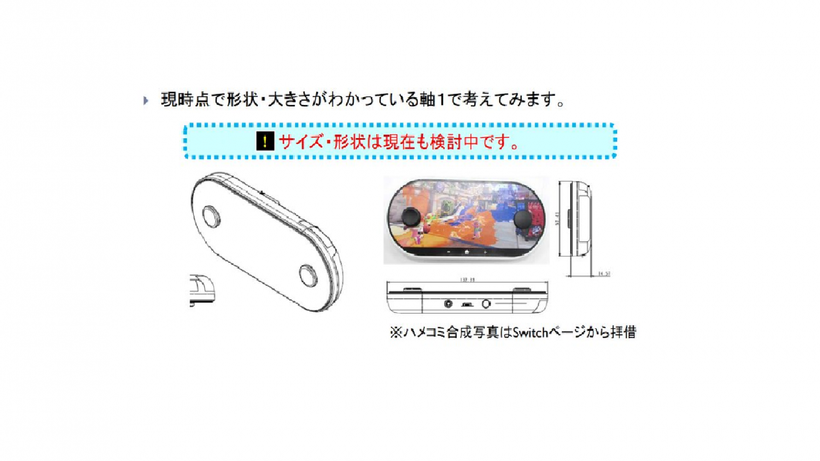 More of Nintendo’s internal documents have leaked out, showing what the Switch used to look like.
Nintendo’s very early Switch concept design was pretty weird. The system was basically a PSP with a big screen and analog sticks set into the screen. The sticks were on the screen, not outside of the screen, making for a rather strange setup. It matches some of the early concept designs that leaked out with button-less touchpads with dual analog sticks.
These slides were from 2014 presentations, back…