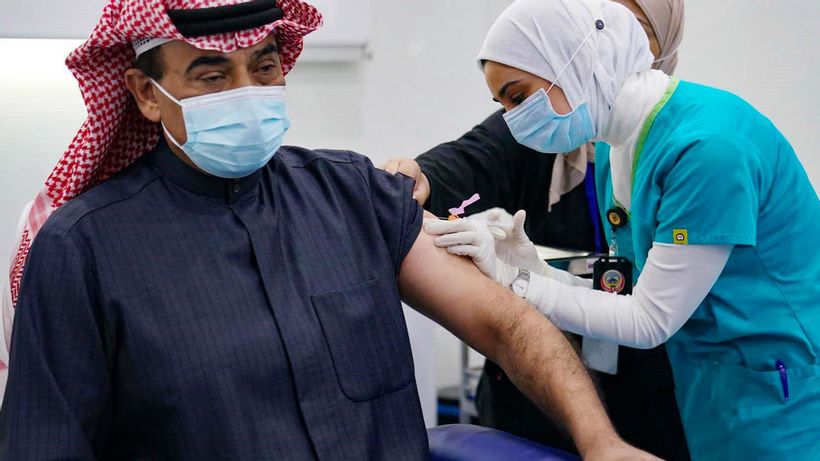 Kuwait City (AFP)
Kuwait began coronavirus vaccinations on Thursday, following several other Gulf states in rolling out a mass inoculation campaign.
“This vaccine is safe and has been approved by many countries,” said Prime Minister Sheikh Sabah Al-Khalid Al-Sabah, who was the first to receive the jab, state media reported.
Kuwait, which has officially confirmed more than 148,000 coronavirus cases including 924 deaths, received the first 150,000 doses of the the vaccine developed by US pharmaceutical…