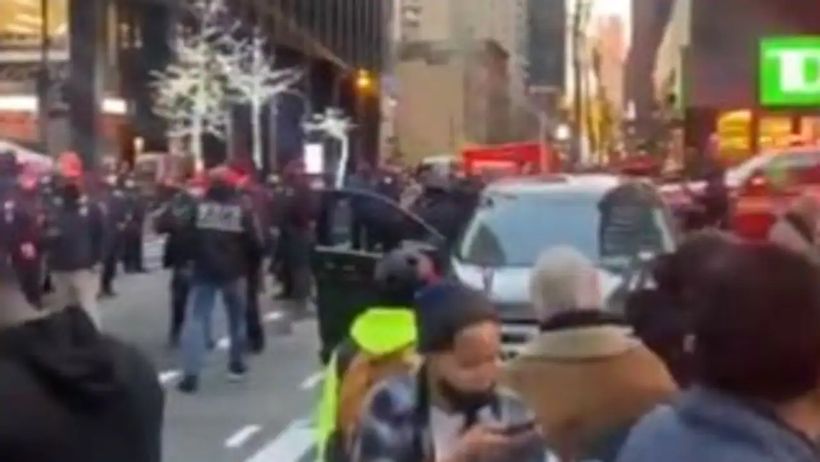 A car has crashed into a crowd of protesters in New York City. Footage from the scene, filmed by a bystander known as Ben C, shows the Manhattan East Side intersection swarming with police and stretchers being wheeled in.
CBS New York reports six people were injured and have been taken to local hospitals.
Witness Dina Regine filmed one person being arrested at the scene after the collision.
The New York City Police Department asked people to avoid the area “due to a vehicle collision involving multiple…