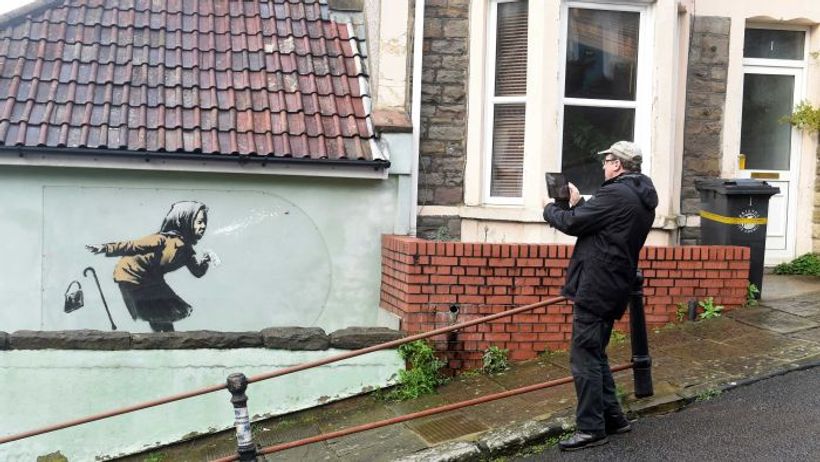 A mural of a sneezing woman by Banksy has appeared on a house at the end of what is said to be England’s steepest street, in the city of Bristol, the birthplace of the elusive street artist.
Banksy, whose true identity is a closely guarded secret, posted pictures of the work on his official Instagram account, along with the comment “Aachoo!!”
The mural, which shows the woman’s false teeth propelled through the air and her handbag and walking stick sent flying by the violent sneeze, is on the side…