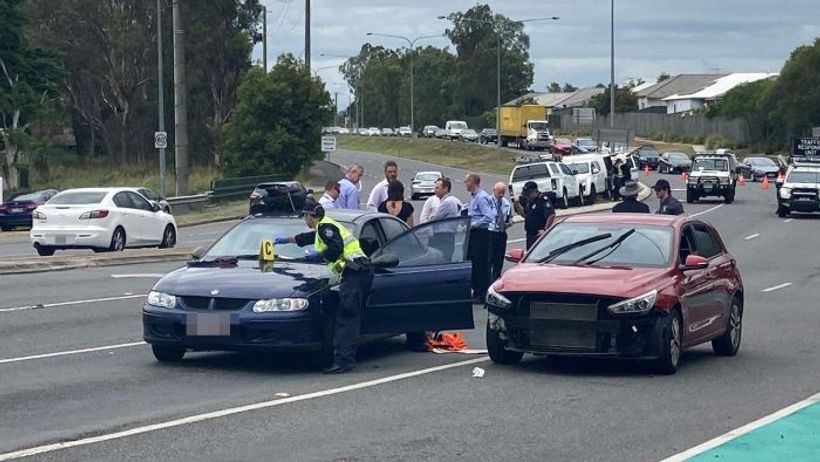 A man has been taken to hospital in a serious condition after being shot in the buttocks by police following an alleged attempted carjacking in Brisbane’s south-west.
Police said a 28-year-old man was shot as he left a stolen red Hyundai and attempted to carjack a blue Commodore at an intersection on the corner of Blunder Road and Inala Avenue in Durack at 12:20pm.
A police officer received minor injuries to his arm as he made the arrest.
Want more local news?
We offer tailored front pages for local…