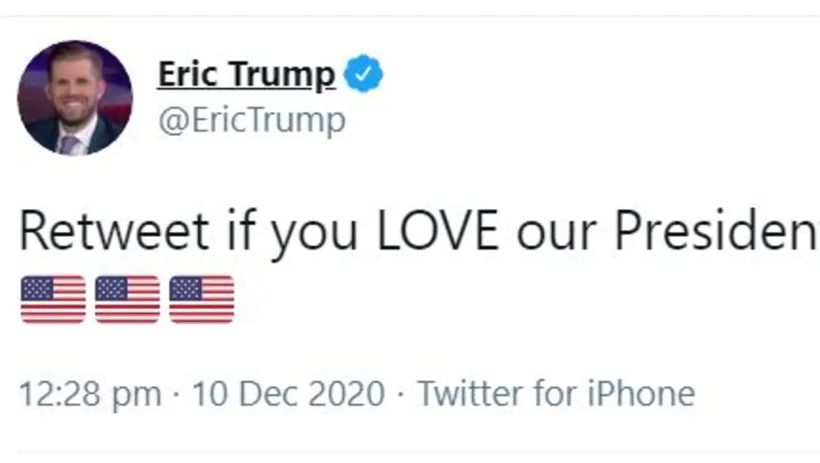 A Twitter post from Donald Trumps son, Eric, has backfired after he called for people to show their support for the President.On Thursday, Eric Trump asked his Twitter followers to retweet his post “if you LOVE our President”.
One can only assume the 36-year-old was expecting the replies to be filled of people praising his father, but he got a very different response.
Instead, most people used the post as an opportunity to remind Eric that his dad had lost the election and to show they support for…